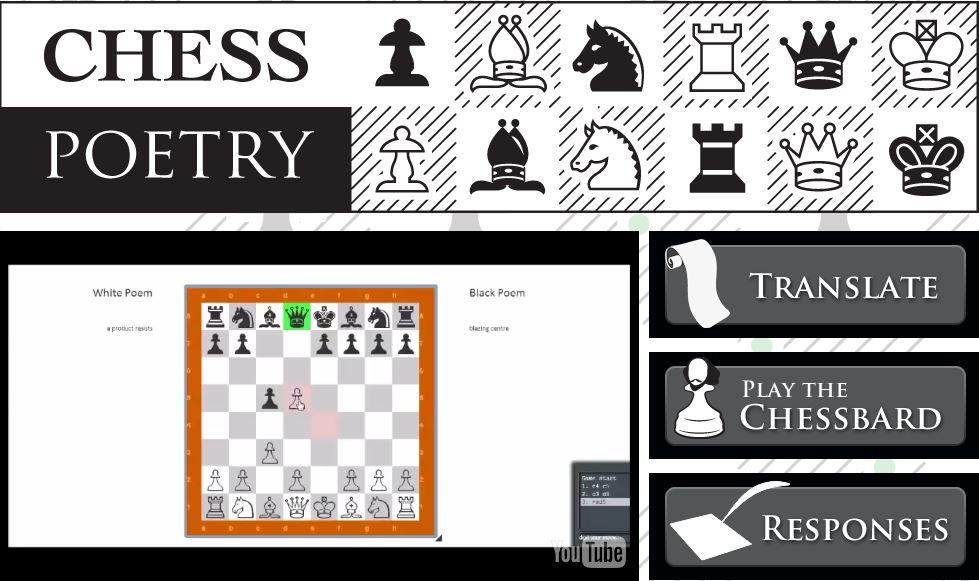 The ChessBard is an app that translates chess games into poems. A website built around a
playable version can be found at chesspoetry.com. I would propose to have a broke out
version of the ChessBard available to be played
(http://chesspoetry.com/ChessBard/breakout/) wherein a member of the public can walk up
to the computer and play against a chess AI and, as they do, it translates both their and the
computer’s game in real time. At the end of their game, the player can hit the print button
and have a version of their game printed out.