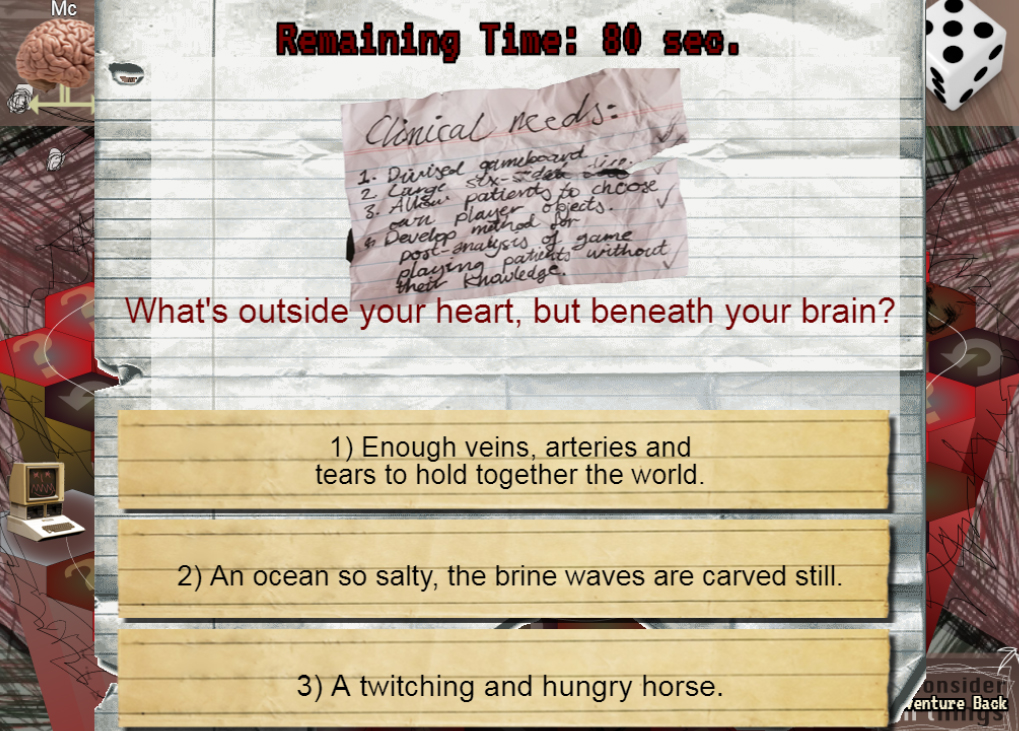 “The Bafflement Fires” is an interaction fiction/poem in the form of a digital recreation of a
Freemason board game from the 1950s. Based on found documents, this strange game,
written by a psychologist and Mason, was seemingly an attempt to alter player’s perception
through quiz and play.
While it appears some of the game was lost/destroyed, as the documents I found were
incomplete or damaged, enough was there for me to create a semi-accurate version. Using
a quiz game engine, and creating new fiction questions and answers, the Bafflement Fires is
my attempt to build a part fiction, part creative non-fiction world, told through the surreal and
literary answers/questions of someone trying to influence how we perceived the world
around/inside us, playable on a screen attempting to create it’s own pixeled reality.
The exciting challenge of creating the Bafflement Fires is that it is one of the first interactive
fiction/poems told entirely through a series of quiz questions.
Part game, part artwork, part poem, part fiction, part interactive creature!

Modality of presentation: Web based work